Mr. Eskens is not taking on any new clients at this time. He has retired from the practice of law in order to devote his energies toward writing novels.

The law now requires that certain DWI suspects be held over for court instead of being released after they are arrested. There are mandatory bail requirements. The loss of license time has expanded and can be triggered by a lower blood alcohol concentration than in the past. And...

People charged with drug offenses, even serious ones, have options available to them that can go a long way to mitigating the consequences of a drug charge. Some of these options may even result in no conviction. The key is to prepare your case thoroughly, investigate every detail and explore... 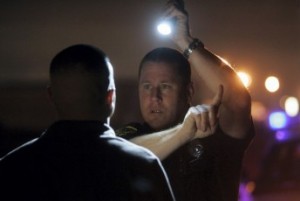 When an officer pulled a driver over on suspicion of DWI, they will normally say something like “I need you to step out of the car and do some test to make sure you are okay to drive.” This sounds reasonable enough, but nine out of ten time (probably more than that) the officer has already determined that he/she is going to arrest you for DWI. What they are doing now is gathering more evidence to use against you at trial.

There are two ways to prove a person guilty of DWI. One is have them take a test and that test comes back in excess of .08 (more on that in another blog). the second way is proving to a jury that you consumed alcohol that alcohol “impaired) your ability to drive. For that charge there is no need for a test. You may be under .08 and still be found guilty of DWI if they can show impairment using the evidence of how well you did on the sobriety tests

There are three standardized field sobriety tests: the horizontal gaze nystagmus test (finger in front of the eyes), the walk and turn test, and the one legged stand. These are “voluntary”. That means that you can say no when the officer tells you that you need to do them. Once you say no, the officer will continue to try to get you to do them, but you do not have to do them.

There is a fourth test, the preliminary breath test (a box they want you to blow into at the scene of the stop. If you are above the age of 21 this test will not come into the trial (but it will be used for probable cause for the charge. Taking this test, for someone over 21 will often have little impact on their case in the long run. If you refuse this test, the officer will use that refusal to support his/ her decision to require you to take a second test at either the jail or a hospital (blood, breath or urine).
In short, almost every DWI defendant will have a better case if they invoke their right to decline the field sobriety tests at the scene of the stop.